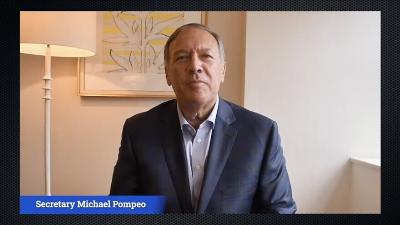 Former U.S. Secretary of State Mike Pompeo. (Source: Screenshot)
"The 2001 Durban Conference condemning Israel as an apartheid state was the match that lit the fire of renewed global anti-Semitism and anti-Zionism. In an Orwellian twist, the 'World Conference against Racism, Racial Discrimination, Xenophobia and Related Intolerance,' was actually intended to support exactly what it claimed to oppose.