If you condemn Kanye, you should condemn the U.N. 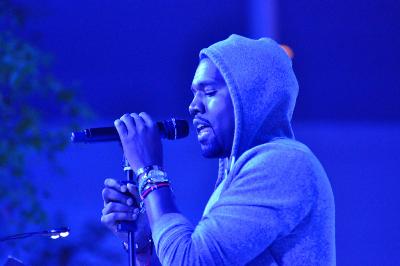 If the latter smear sounds familiar, thatâs because it was recently used by Miloon Kothari, a member of the United Nations Commission of Inquiry (CoI) targeting Israel, who claimed over the summer that âthe Jewish lobbyâ controls social media.

In its recently released report on Israelâs May 2021 conflict with Hamas, the CoI does not attempt to hide its biased, anti-Semitic stance. The 28-page screed reads more like a Boycott, Divestment and Sanctions (BDS) educational handbook than a report by a neutral body that claims to seek a better future for allâa goal that the U.N. appears to have long since forgotten.

Israel is mentioned 277 times in the report. Hamas, which indiscriminately fired some 4,500 rockets at Israeli civilians during the 2021 conflict, is mentioned only as the âde facto authorities in Gaza.â Even in its use of nomenclature, it seems, the CoI was determined to whitewash a brutal terror group whose only goal is the destruction of the State of Israel.

The reportâs attempt to ignore Palestinian terrorism and defame Israel goes much deeper. Any mention of Israelâs life-saving security barrier is demonized by the CoI as âde facto annexation.â The commission fails to mentionâor rather chooses to omitâthat over a six-year period from 2000 to 2006, over 2,600 terror attacks stemming from Judea and Samaria led to the deaths of over 1,622 people. However, there has been an over 95% percent drop in attacks originating from that same area in the years since the security barrier was constructed.

The CoI also attempts to rewrite international law on occupation. Israel disengaged completely from the Gaza Strip in 2005, leaving no Israeli presence there. And yet, âthe Commission notes that Israel continues to occupy the territory.â Once again, the commission looks to vilify Israel by not merely twisting facts, but also engineering new ones completely devoid of reality.

Israel, like any other country in the world, has a responsibility to protect its citizens from harm, including from violent non-state actors like Hamas. It seems that the CoI believes that Israel should simply forego its citizensâ well-being, which would unleash endless waves of Hamas terror. By not openly calling out and demanding accountability of Hamas, the CoI commits a double affrontâdenying Israelâs right to defend its citizens while greenlighting Hamas terror.

What should be more striking is that not only does the report refuse to condemn Hamas, it makes no mention of Hamas responsibility. Not for its terror attacks on innocent Israeli civilians or its diversion of millions of dollars in aid to terrorist purposes rather than lift its own people out of abject poverty.

The CoI also unjustly blames Israel for the massive inequality and human rights crisis endured by women and girls in Gaza and Judea and Samaria, claiming, âThe cumulative effects of occupation practices, including restrictions on movement, have affected the equal rights of women and girls and impeded their self-reliance.â The ridiculousness of this statement should be self-evident.

The U.N. has also forgotten or chosen to ignore its own guidelines on appointing Heads of Commission, which state: âMembers should, in all cases, have a proven record of independence and impartiality. It is also important to ensure that the background of candidates, prior public statements or political or other affiliations do not affect their independence or impartiality or create perceptions of bias.â

Take a look at the records of the three Heads of Commission: Navi Pillay openly supported the anti-Semitic Durban conference and is a vocal proponent of the BDS movement. She has proclaimed Israel guilty of âapartheidâ and âwar crimes.â Chris Sidoti has openly called for embargos and boycotts against Israel. Then there are Miloon Kothariâs openly anti-Semitic comments about Jews and the media. Does any of this sound âindependent and impartialâ?

There is some comfort in the fact that at least Kanye West was rightfully condemned for his anti-Semitic comments. But it is truly baffling that there is hardly any outrage directed at the U.N. for its predetermined, prejudiced commission, staffed by proven anti-Semites. If the international community can call out Kanye, it should likewise condemn the biased CoI, demand its disbandment and deny it any credibility."
Date
October 30, 2022
Title
If you condemn Kanye, you should condemn the U.N., JNS.org
Author(s)
Asher Stern
Original Source
https://www.jns.org/opinion/if-you-condemn-kanye-you-should-condemn-the-un/
Attachment
Click here to view this article in MS Word/PDF format