Jews Most Targeted Religious Group in 2020 Hate Crimes in the U.S., FBI Says 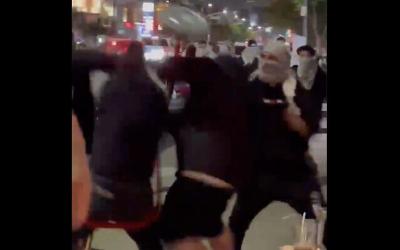 Pro-Palestinian rioters attacking Jewish diners in L.A., May 2021 (Screenshot)
"Nearly 60 percent of religious-bias hate crimes in America in 2020 targeted Jews, according to data released by the Federal Bureau of Investigations on Monday. Despite the high figure, it still represents a decrease from 2019.