Legislation seeking to shut down U.N.âs Commission of Inquiry on Israel gains momentum 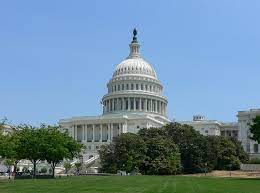 The COI Elimination Act was introduced by Rep. Greg Steube (R-FL) in late March. It would designate that it is U.S. policy to âseek the abolitionâ of the COI and âcombat systemic anti-Israel bias at the United Nations Human Rights Council and other international fora.â

The legislation would also trim the U.S.âs annual contributions to the U.N., following a model used in existing U.S. law primarily to oppose other U.N. bodies and projects accused of attacking Israel. The COI was established following the May 2021 conflict between Israel and terrorist groups in Gaza, and is an open-ended inquiry into the Israeli-Palestinian conflict.

When the bill was first introduced, it had only two co-sponsors â Reps. Vicente Gonzalez (D-TX) and Joe Wilson (R-SC) â but has picked up support over the past month, with 27 Republican co-sponsors and seven Democrats now having signed on.

âThe ongoing anti-Israel commission formed by the U.Nâs discredited Human Rights Council directly obstructs peace in the Middle East and intentionally targets the only democracy in the region,â Steube said in a statement when he first introduced the legislation. âOur U.S. tax dollars have no place funding an anti-Israel commission.â

Steube also claimed that his legislation âwill abolish the commissionâ â something the U.S. does not have the ability to do unilaterally.

The legislation is also a top priority for AIPAC. As part of its first in-person National Council meeting in Washington, D.C., since the start of the pandemic, AIPAC-affiliated activists are on Capitol Hill this week to lobby more than 300 congressional offices on several measures, including the COI Elimination Act, an individual familiar with the matter told JI.

U.S. Ambassador to the United Nations Linda Thomas-Greenfield told a House Appropriations Subcommittee earlier this month that the U.S. likely would not have been able to block the establishment of the COI, which is housed in the Human Rights Council, even if it had been a member of the council at the time. (The Trump administration withdrew the U.S. from the Human Rights Council in 2018; the Biden administration rejoined the U.N. body in October 2021.)

Thomas-Greenfield added that the U.S. worked to cut the investigationâs budget by 25%.