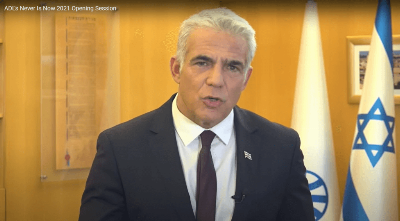 I am writing to you to demand the immediate removal of all three members of the COI tasked with investigating Israel, and the disbanding of the Commission. The COI has been fundamentally tainted by the publicly expressed prejudices of its leadership, who do not meet the basic standards of neutrality, independence and impartiality required by the United Nations.

In a recent interview (July 25th), one of the commissioners, Mr. Miloon Kothari, made several outrageous comments, including some which are clearly antisemitic.

During the interview, Mr. Kothari said, âWe are very disheartened by the social media that is controlled largely by- whether it is the Jewish lobby or specific NGOs, a lot of money is being thrown in to try to discredit us.â He further questioned Israelâs right to exist as an equal member of the community of nations, in an unacceptable and cynical attempt to discredit the very legitimacy of the one and only Jewish state. He stated, 'I would go as far as to raise the question as why they are even a member of the United Nations.'

These antisemitic remarks are a stain on the entire United Nations and are not befitting of a person with such a position of responsibility. As such, they were firmly condemned by representatives of the United States, France, Canada, Germany, the United Kingdom, the Netherlands, the Czech Republic, Austria, the European Union and others.

Instead of taking a moral stance and repudiating these comments, Ms. Navi Pillay, who chairs the COI, chose to defend and excuse them, in a public letter sent to the President of the Human Rights Council on July 28th. She doubled down on the Commissionâs support for Mr. Kothariâs comments. Pillayâs claim that the comments were taken out of context are false and were even rejected by the President of the UN Human Rights Council. I urge you to listen to Mr. Kothariâs interview and judge for yourself.

I recall your principled comments at a New York conference in 2017, that âa modern form of antisemitism is the denial of the right of the State of Israel to exist.â Furthermore, you pledged to take a stand 'in the front line of the struggle against antisemitism, and to make sure the United Nations is able to take all possible actions for antisemitism to be condemned, and if possible, eradicated from the face of the earth.' You stressed that 'Israel needs to be treated as any other state, with exactly the same rules.'

Excellency, I call on you today to honor your word in this egregious case, to set the record straight. This cannot stand. Slurs about a 'Jewish lobby' that acts to 'control' the media, are reminiscent of the darkest days of modern history.

The fundamentally flawed nature of the COI has been widely discussed, and a group of 22 nations, led by the United States, issued a joint statement during the June HRC session expressing their deep concern about this. This latest shameful episode is a further example of its flawed and biased nature.

The fight against antisemitism cannot be waged with words alone, it requires action. This is the time for action; it is time to disband the Commission. From Mr. Kothariâs outrageous slurs to Ms. Pillayâs defense of the indefensible, this Commission does not just endorse antisemitism â it fuels it.

I therefore ask you to take all necessary measures to bring about the immediate resignation of Ms. Pillay and the other commissioners, and the disbanding of the Commission.â
Date
July 31, 2022
Title
Letter From Israeli Prime Minister Yair Lapid to U.N. Secretary-General Antonio Guterres Regarding the âCommission Of Inquiryâ, Office of the Israeli Prime Minister
Attachment
Click here to view this article in MS Word/PDF format