Man wearing kippa beaten by a group of 10 in Cologne, Germany 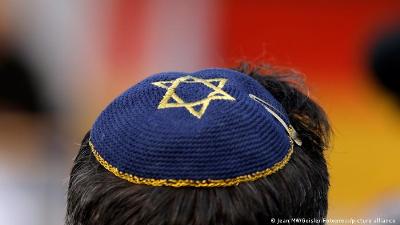 (Illustrative)
"An 18-year-old Jewish man wearing a kippa in Cologne, Germany, was beaten by a group of 10 attackers in a public green space and taken to the hospital with a broken nose and cheekbone.

Police arrested two suspects in what they are deeming an antisemitic hate crime. The attack was captured on police surveillance video on Friday.

The suspects, ages 18 and 19, were released on Saturday on their own recognizance. There was no further information released about them.

Frankfurt Rabbi Avichai Apel, speaking for the board of the Orthodox Rabbinical Conference of Germany (ORD), told the Jewish weekly newspaper Juedische Allgemeine that the age of the suspects was particularly worrying.