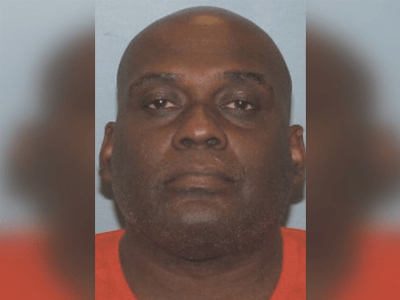 Frank James as seen in an image supplied by the NYPD
"A video that has surfaced in the wake of the shooting in a New York City subway station on Tuesday shows the suspected shooter, Frank James, railing against Jews, saying they donât contribute anything to life except 'shit, piss, pollution, and death and destruction.'

The video, which was uploaded to YouTube in 2017, is overlayed with images of Adolf Hitler and corpses of Jews in mass graves from the Holocaust.

'This is gonna be about Jews and my personal relationship with Jews, and the utter contempt that all the f***ing Jews Iâve dealt with show me at the end of the day,' James says at the beginning of the video.

James acknowledges that Jews experienced some 'horrible shit' in the Holocaust but then goes on an antisemitic diatribe in which he accuses Jews of being backstabbers.

'This is an FYI about these f***ing Jews, and how they will smile in your f***ing face while stabbing you in the back in a heartbeat,' James said. 'And they do it so smoothly, you donât even realize youâve been stabbed in the back.' Complaining that Jews had not been 'humbled' by the experience of the Holocaust, James railed that 'those motherf*****s donât contribute to s**t to life on this earth but s**t, piss, pollution, and death and destruction.'...â
Date
April 14, 2022
Title
NYC Subway Shooting Suspect: âMotherf**king Jews Bring Death & Destructionâ, The Jewish Voice
Author(s)
Deborah Brand
Original Source
https://thejewishvoice.com/2022/04/nyc-subway-shooting-suspect-motherfking-jews-bring-death-destruction/
Attachment
Click here to view this article in MS Word/PDF format