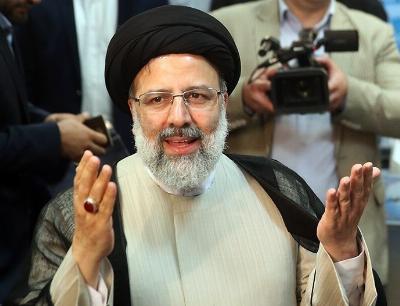 Ebrahim Raisi (File photo courtesy Wikimedia Commons)
"A group of seven Republican senators sent a letter to US President Joe Biden on Tuesday. They urged him to deny visas for Iranian President Ebrahim Raisi and his delegation, preventing them from attending the UN General Assembly in New York City in September. 'Raisiâs involvement in mass murder and the Iranian regimeâs campaign to assassinate US officials on American soil make allowing Raisi and his henchmen to enter our country an inexcusable threat to national security,' they wrote.

Among the senators were Tom Cotton, Marco Rubio and Ted Cruz. 'Raisiâs record as a violator of human rights is long-standing and clear,' they wrote. 'In 1988, while deputy prosecutor of Tehran, Raisi served on a death commission, which sentenced approximately 5,000 prisoners to death, including women and children, without the right to appeal or a fair trial.'

They went on and wrote that in the decades since, Raisi continued to subject the Iranian people to extrajudicial prosecution, torture and execution, such as during the 2009 Green Revolution or during his more recent tenure as the head of Iranâs judiciary. 'Raisiâs role in these gross human rights abuses led the Department of the Treasuryâs Office of Foreign Assets Control (OFAC) to sanction him in 2019,' they noted..."
Date
August 4, 2022
Title
Republican Senators to Biden: Deny visas for Iranian President Raisi to attend U.N. General Assembly, The Jerusalem Post
Author(s)
Omri Nahmias
Original Source
https://www.jpost.com/american-politics/article-713853
Attachment
Click here to view this article in MS Word/PDF format