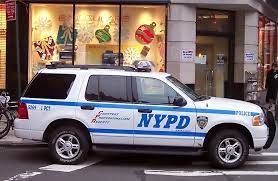 (File photo courtesy Wikimedia Commons)
"Six Jewish boys were the target of antisemitic intimidation last week on New Yorkâs Upper West Side, by three other teens bearing a knife, sword, and crowbar who threatened to attack them because of their faith.

According to the NYPD, the incident occurred on April 2 at 7:20pm at West End Avenue and West 86 Street.

The six victims, reported as between the ages of 12-16, were approached by three male teenagers who were carrying a knife, sword, and crowbar.

The three then said they wanted get the Jewish pre-teens and teens because they were Jews, and followed the group home before fleeing the area.

The NYPD said that there were no reported injuries, and that its Hate Crimes Task Force is now investigating.

'Antisemitism is abhorrent & an attack on us all,' Brewer continued.

The incident came as police were searching for a group of teenage suspects in an assault against a Hasidic man in Brooklynâs Williamsburg neighborhood. The attack drew outrage from New York Governor Kathy Hochul, and from community leaders who noted the continued rise in antisemitic hate crimes in the city this year."
Date
April 5, 2022
Title
Six Jewish Kids Threatened With Sword, Knife and Crowbar in Latest New York City Antisemitic Attack, The Algemeiner
Original Source
https://www.algemeiner.com/2022/04/05/six-jewish-kids-threatened-with-sword-knife-and-crowbar-in-latest-new-york-city-antisemitic-attack/
Attachment
Click here to view this article in MS Word/PDF format