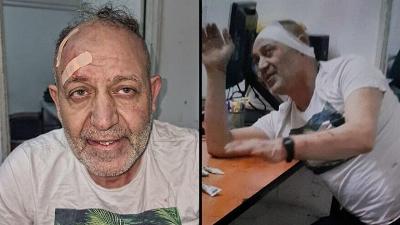 Following the cessation Sunday evening of Operation Breaking Dawn against the PIJ, the Islamic group crowed that Israel had agreed to the release of Sheikh Bassem el-Saâadi in exchange for the ceasefire.

Israelâs defence minister, Benny Gantz, has strenuously denied that the government had âpaid anythingâ for the agreement.

El-Saâadi has been incarcerated in an Israeli prison since his arrest in northern Samaria last Monday. He is the PIJ leader responsible for growing the organisationâs following in Samaria and Judea.

On Wednesday, UN Special Coordinator for the Middle East Peace Process [SIC] Tor Wennesland released a statement warning that the ceasefire was fragile, and sent a delegation of UN officials to visit el-Saâadi in the Ofer penitentiary.

According to reports, Wennesland had popped into the terroristâs Jenin home to call on his family at the weekend, while the fighting in Gaza was still underway, and hundreds of PIJ rockets were being launched at Israeli population centres..."
Date
August 11, 2022
Title
Suspicious U.N. Behavior in Israeli Prison, Israel Today
Author(s)
Stan Goodenough
Original Source
https://www.israeltoday.co.il/read/suspicious-un-behaviour-in-israeli-prison/
Attachment
Click here to view this article in MS Word/PDF format