The escalating international war against Israel 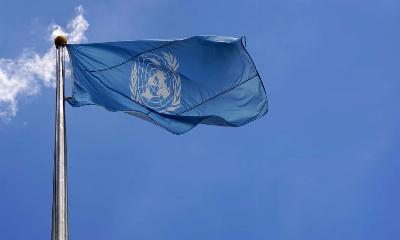 (File photo)
"At the UN General Assembly last week, a large majority of member nations voted to lavishly fund a permanent inquisition against the Jewish state. The member states funded the operation of an âongoing independent, international commission of inquiryâ against Israel. The commission, run by outspoken haters of Israel with long records of demonizing the State of Israel and its people, was formed by the UN Human Rights Council in a special session in May. Its purpose is to deny and reject Israel's right to exist, its right to self-defense, its right to enforce its laws, and its citizens rights to their properties and to their very lives.

The Human Rights Council's decision to form its new permanent inquisition constitutes an unprecedented escalation of the political war the UN has been waging against Israel for the past 50 years. To grasp the danger, it is necessary to understand how Israel's foes operate at the UN and how their partners in Europe and Israel itself operate.

The UN Human Rights Council was founded in 2006, and its members and UN staff wasted no time making clear that they intended for the new council to be even more antisemitic than its predecessor was.

Shortly after the Human Rights Council was established, it determined that demonizing Israel would be a permanent agenda item. Item Number 7 is the only permanent agenda item that deals with a specific country. And like the council's nine other permanent agenda items, Item 7 is discussed at every formal council session. Item 7 enjoins the council to discuss âHuman rights violations and implications of the Israeli occupation of Palestine and other occupied Arab territories.â

Having a permanent agenda item dedicated to specifically demonizing Israel however, wasn't enough to satisfy the Human Rights Council's obsession with attacking the Jewish state. So since 2006, the council has convened nine special sessions to expand its focus on attacking the Jews. To get a sense of just how overwhelming the council's focus on Israel is, in the same period, the council has convened just 19 special sessions to deal with every other country on the planet.

The council's template for demonizing Israel has been fairly consistent through the years. Immediately after each Palestinian terror campaign against Israel comes to an end, the Holocaust-denying, terror-sponsoring PLO chief Mahmoud Abbas has his UN representatives ask for a special session to discuss the âwar crimesâ and âcrimes against humanityâ Israel supposedly carried out against the Palestinians. No one ever mentions that ever single missile launched against Israel by the Hamas terror regime in Gaza constitutes a separate war crime. No one ever mentions Hamas at all.

In short order, the council accedes to the PLO's request and convenes the special session. On cue, the member nations' representatives rise, accuse Israel of genocide, ethnic cleansing, apartheid, operating a killing machine, targeting children, and any other crime they can think of. Then a majority of the members vote to form a new âcommission of inquiry,â led and staffed by âindependentâ investigators nearly all of whom believe that Israel has no right to exist and that Jews have too much power.

At the end of its âin-depth investigation,â the commission issues a report which determines that Israel conducted war crimes and crimes against humanity.

This brings us to the second arm of the international political war against Israel â Europe. Every Human Rights Council resolution to form a commission of inquiry includes a call to non-governmental organizations and other parties to submit âtestimoniesâ and âreportsâ that will substantiate the council's blood libel that Israel committed war crimes and is inherently and incurably evil. NGOs registered in Israel, the Palestinian Authority and in Western countries answer the council's call. And the final reports issued by each of the inquisitions include hundreds of citations from âtestimoniesâ and reports submitted by these NGOs as proof of Israel's inherent venality.

The reports the Human Rights Council publishes at the end of each fake commission of inquiry against Israel form the basis for the various boycott efforts against Israel that European bureaucrats carry out. For instance, on the basis of one such report, EU member states stopped recognizing Israeli veterinary certificates relating to agricultural exports from Jewish farmers in Samaria.

A significant portion of the interview dealt with Mazuz's campaign from the bench to block military demolitions of homes of terrorists.

As Professor Avi Bell from Bar-Ilan University's Law Faculty explains, âThe law explicitly stipulates that it is legal to demolish the homes of terrorists. And there are dozens of Supreme Court decisions that approve demolition orders, based on the law.â

Mazuz told Haaretz that for many years, including during his tenure as attorney general, he had âthought that house demolitions were an immoral step, in contravention of the law whose effectiveness was dubious.â

But when Mazuz served as attorney general, he lacked the authority to end the practice. As he explained, âI couldn't tell the government that it is prohibited when dozens of Supreme Court decisions say that it is permitted.â

But the minute Mazuz was appointed to the Supreme Court, he began legislating his political views from the bench. To substantiate his position regarding the demolition of terrorists' homes, Mazuz said that he relied on âthe positions of legal scholars,â in Israel and abroad, and on the decisions of the UN Human Rights Council.

âThe demolitions cause us international damage,â Mazuz said. âDo you think that these things stay here? That they don't come up every year at human rights councils in Geneva and in international forums?â In other words, Mazuz made clear that along with several of his colleagues on the bench, he used the anti-Israel reports generated by the obsessively anti-Israel UN Human Rights Council to justify his rulings which denied Israel the right to act in accordance with Israeli law in a manner that the duly elected government, and the duly constituted leadership of the IDF deemed necessary in their efforts to quell Palestinian terrorism.

As Bell explains, aside from a limited category of UN Security Council resolutions, UN actions and decisions are all devoid of significance in international law. Decisions by the UN Human Rights Council, like those of all other UN bodies are political documents without any legal weight.

Mazuz and his colleagues in the legal fraternity exploit the public's ignorance and the impotence of the government and Knesset to transform these political documents into âlawâ through their judgments and legal opinions.

And this brings us to the Human Rights Council's permanent inquisition whose operations a large majority of UN member nations voted to fund last week at the General Assembly. As Professor Anne Bayefsky explained in a detailed report published this week by the Jerusalem Center for Public Affairs, the commission of inquiry's mandate is effectively limitless. The commission is empowered to rewrite the entire history of the Arab conflict with Israel and determine that Israel's birth was an original sin which must be undone. The commission is empowered to carry out an âinvestigationâ on the basis of âtestimoniesâ which EU-funded anti-Israel groups will supply them describing entirely fraudulent âwar crimesâ that will form the basis of indictments of Israeli elected leaders, IDF commanders and line soldiers, and Israeli civilians who reside in Judea, Samaria and unified Jerusalem. The UN's political âcourtsâ in turn will agree to try them for these made-up crimes.

Moreover, as Bayefsky noted, the commission is charged with making ârecommendations on measures to be taken by third States to ensure respect for international humanitarian law in the Occupied Palestinian Territory, including East Jerusalemâ¦[to ensure] that they do not aid or assist in the Commission of internationally wrongful acts.â

A similar statement is made in the resolution's preamble regarding âbusiness enterprises.â

The message in both cases is self-explanatory. The reports the inquisition will publish will serve as the basis for economic boycotts of Israel to be enacted by both government bureaucrats and businesses.

Israel has no choice but to fight this commission and any business, government or judge that uses its reality-free reports. Israel must ensure that the antisemitic propaganda the commission puts out does not turn into âlawâ through the actions of radical justices and government attorneys. And Israel must reconcile itself to the fact that the EU bureaucracy and much of Europe is waging a war against it, and launch a vigorous counter-assault."
Date
December 31, 2021
Title
The escalating international war against Israel, Israel Hayom
Author(s)
Caroline B. Glick
Original Source
https://www.israelhayom.com/2021/12/31/the-escalating-international-war-against-israel/
Attachment
Click here to view this article in MS Word/PDF format