The U.N.âs Peculiar Obsession with Israel 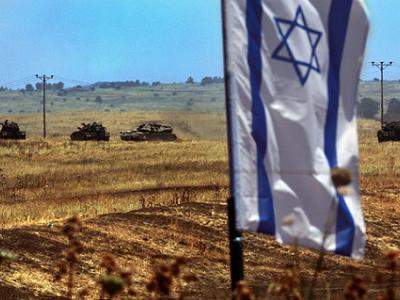 (File photo)
"I recently met with Nasser Boladai, a representative of the Balochi community of Iran, who now lives in Geneva. Unbeknownst to many Iran watchers, there are many ethnic minorities that would love nothing more than their own independent, sovereign state, and who have been brutally suppressed by the regime.

Iran has not taken a census since 1976. However, judging by a statement former Iranian Education Minister Hamid Reza Haji Babai had made in 2009, that â70 percent of children starting school in Iran do not have Farsi as their mother language,â one can deduce that there are many ethnic minorities that would love to free themselves of the oppressive regime. This is not to mention the unknown number of ethnic Persians who secretly despise the theocracy. They know that the regime often uses execution as a form of eliminating any political dissent. Those who have publicly stated this position, have been banished to the notorious Evin prison where they are been systematically raped, tortured and often 'disappeared'.

I asked Nasser if he is in touch with any of his friends that he had grown up within Iran. His response brought shivers down my spine. 'No. I canât be,' he said. 'They are all dead'.

In Lebanon, Kinda al-Khatib, a beautiful young woman in her 20s, was sentenced to prison for blogging and reaching out to Israeli journalists. God only knows how the Hezbollah thugs are now treating her.

In China, there are approximately 1.5 million Uyghurs who are systematically being rounded up and 're-educated' in determent camps. And any journalist who dares to question the regime is summarily executed.

In Afghanistan, the Taliban has wasted no time since its rapid takeover last summer, incarcerating journalists who did not parrot total fidelity to their 7th Century mindset, closing down schools for women as well as professions run by women, and publicly flogging or arresting women who refuse to comply with the mandate to cover themselves with the burka.

Yet, what does the United Nations focus its attention on? An institution founded upon such lofty principles as 'reaffirming faith in fundamental human rights, in the dignity and worth of the human person, in the equal rights of men and women and of nations large and small?'

The United Nations Human Rights Council has passed a resolution launching a $5 million Commission of Inquiry into the May 2021 war between Gaza and Israel. As Anne Bayefsky of The Jerusalem Center for Public Affairs recently wrote, 'The Human Rights Council resolution failed to refer to Hamas at all. It did not mention-let alone condemn-the launch of thousands of rockets by Hamas into Israel. Indeed, the civilian population was omitted from the resolution. The only civilians mentioned are the âPalestinian civilian population in the Occupied Palestinian Territory.â Nor did the resolution condemn the use by Palestinian groups as human shields, a war crime.'

I was one of those 9.5 million residents of Israel who Hamas aimed its more than 4,360 missiles against in May. I was fortunate enough to have been allowed entry into Israel, and experience this firsthand, because my daughter, an Israeli citizen, was about to give birth. My husband and I landed in the midst of the war on May 13. As soon as we landed in Ben Gurion Airport, we were greeted by the shrill sound of the alarm, telling us we had 60 seconds to find shelter. Later that night, we again had 60 seconds in which to wake up our grandchildren and immediately run into a sealed room.

And we were among the lucky ones. In Sderot or any of the neighboring areas to Gaza, they have no more than 15 seconds. And they live with this constant uncertainty of when Hamas will attack. They do not suffer from 'post-traumatic stress syndrome,' but rather 'ongoing-traumatic stress syndrome,' where the children suffer from constant nightmares, bedwetting and agoraphobia.

The events that led up to this war are not mentioned at all in this resolution. It never mentions its own UN agency, UNRWA, and how its schools and camps systemically teach their children to despise Israelis, how to engage in military conflict, and that they will someday return to Jaffa, Haifa, Jerusalem and Beer Sheva, feeding them on unrealistic fantasies that keep the 1948 conflict alive.

What is barely known is that Hamas is engaged in a bitter internecine conflict with Fatah over control of all of the Palestinian territories.

There is absolutely no mention about the election-the first in 16 years â that was supposed to have taken place between Hamas and Fatah over leadership, last April. When Fatah realized that they were going to lose quite badly to Hamas, they cancelled the election. And Hamas understands that the one way to score quick popularity points with their population is to launch a barrage of missiles against Israel.

That is why the brilliant book by Jonathan Schanzer of the Foundation for Defense of Democracies, Gaza Conflict 2021, should be required reading by all. And especially by the respected members of the U.N. Human Rights Council. It goes into minute detail of every event leading up to, and during the war, that much of the international reporting of the conflict seems to, for some bizarre reason, willfully blind themselves of. Having had lived through this war â and having had kept my ears diligently plugged into what was being reported, and what was being systemically overlooked and ignored by the international media â this book is like a breath of fresh air.

In the meantime, back in Turtle Bay, according to Gil Kapen of the American Jewish International Relations Institute, in 2021 alone, there were 14 separate resolutions condemning the state of Israel. That is far more than any of the other 192 U.N. member countries, including China, Iran or Hezbollah-controlled Lebanon, combined. Let alone, against any of the 'virtuous' members of the Human Rights Council, such as Sudan, Mauritania and Afghanistan.

The U.N. has always had a particular obsession with the state of Israel. It is routinely held to a standard that no other country could be expected to be live up to, under the same circumstances. There has been a constant and unabated effort to defame it and erode its moral standing among the community of nations, and delegitimize its very existence. Those âthree Dsâ test is what former refusenik Natan Sharansky defined as constituting antisemitism. This goes back to the 'Zionism is racism resolution' of 1975.

It is high time for the U.N. to re-examine some of the lofty principles within its founding charter, and to finally abandon its peculiar obsession with Israel. The international body should, instead, investigate some of the worldâs worst abusers of human rights in recent history, including some of the venerated members of its very own Human Rights Council."
Date
December 29, 2021
Title
The U.N.âs Peculiar Obsession with Israel, JNS.org
Author(s)
Sarah N. Stern
Original Source
https://www.jns.org/opinion/the-uns-peculiar-obsession-with-israel/
Attachment
Click here to view this article in MS Word/PDF format