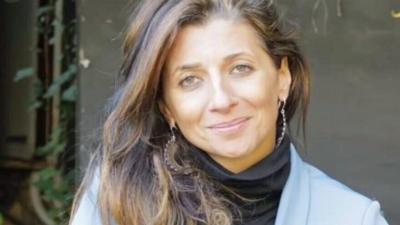 Francesca Albanese (Source: Twitter)
"The new U.N. Special Rapporteur on Palestinian issues has justified violence against Israelis for the second time in her short stint.

In a June 9 interview with the Italian magazine Altreconomia, Francesca Albanese claimed that âIsrael says âresistance equals terrorism,â but an occupation requires violence and generates violence,â adding that the âPalestinians have no other room for dissent than violence.â

Albanese also repeated long-running accusations of Israeli apartheid and suggested that Israelis holding dual citizenship could be tried for crimes in the countries of their secondary citizenship if they live in eastern Jerusalem, Judea and Samaria, or any other location deemed âoccupied Palestinian territory.â

Albanese, a lawyer, also told an Italian national television station in May that âPalestinian violence is inevitable because the right to exist of the Palestinian people has been denied for 55 yearsâalmost three generations.â