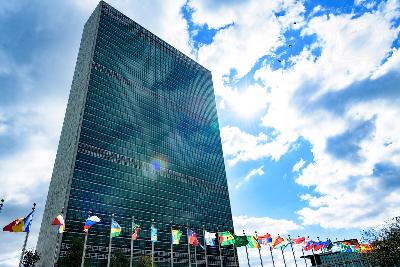 Charles Dickens Imene Oliha, a 46-year-old career diplomat for the Ministry of Foreign Affairs and International Cooperation in South Sudan, is accused of making a pass at a woman out walking a friendâs dog in upper Manhattan. When she rejected his advances, he allegedly then proceeded to follow the victim into her building and up to her apartment, forcing them inside and raping the woman twice before fleeing the scene, law enforcement sources told N.Y. Daily News.

The victim said she was in shock and tried to sleep after the incident, reporting the alleged rape to police several hours later with some convincing from a friend.

The incident occurred inside the Wadsworth Terrace in Fort George, the same building where Oliha also resides, the Post reported.

Oliha was taken into custody on suspicion of rape but was released a short time later. While held for questioning, he reportedly told detectives from the NYPDâs Special Victims Unit that he was a diplomat, and once investigators confirmed his immunity, he was released without facing any formal charges for the alleged attack on one of his neighbors..."
Date
August 23, 2022
Title
United Nations diplomat accused of raping NYC neighbor released without charges after claiming immunity, Fox News
Author(s)
Danielle Wallace
Original Source
https://www.foxnews.com/us/united-nations-diplomat-accused-raping-nyc-neighbor-released-without-charges-after-claiming-immunity
Attachment
Click here to view this article in MS Word/PDF format