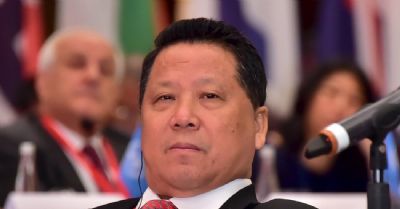 Ng, 69, was convicted on all six counts he faced, including bribery, money laundering and corruption, in the U.S. District Court in Manhattan. Jurors needed less than a day to reach a verdict, following a four-week trial.

'In his unbridled pursuit of even greater personal fortune, billionaire Ng Lap Seng corrupted the highest levels of the United Nations,' Acting U.S. Attorney Joon Kim said after the verdict.

'Through bribes and no-show jobs, Ng turned leaders of the league of nations into his private band of profiteers.'

Tai Park, a lawyer for Ng, said in court that his client had 'substantial' legal issues to raise on appeal. Park later declined to comment to reporters. The United Nations also had no comment. Prosecutors accused Ng of paying more than $1 million of bribes to bypass the normal hassles of dealing with the U.N., with a goal of winning 'fame and more fortune' by developing in Macau what he thought of as the 'Geneva of Asia.'..."
Date
July 27, 2017
Title
U.S. jury finds Macau billionaire guilty in UN bribery case, Reuters
Author(s)
Jonathan Stempel
Original Source
http://www.reuters.com/article/us-un-corruption-idUSKBN1AC3AN
Attachment
Click here to view this article in MS Word/PDF format