Law Group: Companies Targeted by UNHRC for Doing Business With Israeli Settlements Will Have Legal Recourse 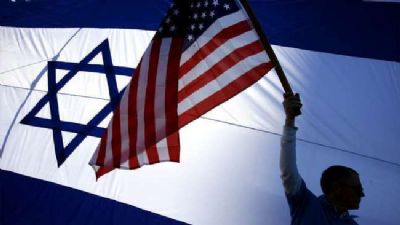 It is expected that a 'blacklist' of such companies will be published by the UNHRC by the end of this year - a move which both the US and Israel oppose and are lobbying against.

On Monday, the Lawfare Project issued a statement saying the purpose of the UNHRC's potential action was 'clear' - 'to coerce the blacklisted companies into reducing or ceasing their Israeli operations, and/or to prompt other business entities (and consumers) to boycott or refuse to deal with the named companies.'

However, the Lawfare Project continued, 'what the UNHRC seems to ignore, perhaps purposefully, is that compliance by business enterprises with the boycott of Israel can violate a slew of US federal and state laws.'

'It comes as no surprise that the proponents of the Israeli boycott - the Human Rights Council, NGOs, Arab League member states, and others - do not acknowledge the serious legal implications of actually carrying out the discriminatory conduct for which they advocate,' Benjamin Ryberg - the Lawfare Project's chief operating officer and director of research - said. 'If I attended a corporate board meeting and proposed a boycott of companies that do business with or in Israel - while simultaneously warning that doing so was unlawful, and providing a laundry list of potential harm to the corporation that could result - I would be laughed out of that meeting.'

'When corporations are faced with such proposals or consider implementing boycotts based on the HRC's database, it is imperative that they are well-versed in the relevant laws so that they can act in their own self-interest, which is to firmly reject the boycott,'...

Lawrence Hill - the chairman of the Lawfare Project's board - said the UNHRC's 'farcical conduct' demonstrated the necessity of the Israel Anti-Boycott Act - which is currently making its way through Congress.

That legislation, in Hill's view, is 'the type of active US engagement that is needed to achieve game-changing reforms at the UNHRC.'"
Date
August 29, 2017
Title
Law Group: Companies Targeted by UNHRC for Doing Business With Israeli Settlements Will Have Legal Recourse, The Algemeiner
Author(s)
Barney Breen-Portnoy
Original Source
https://www.algemeiner.com/2017/08/29/law-group-companies-targeted-by-unhrc-for-doing-business-with-israeli-settlements-will-have-legal-recourse/
Attachment
Click here to view this article in MS Word/PDF format