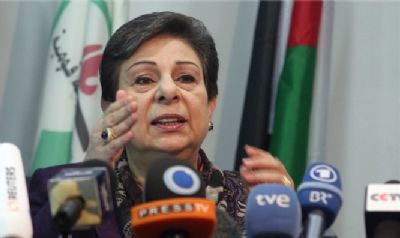 Ashrawi told the news agency that the committee had made the decision to move forward with submitting an official investigation request to the ICC, which is based in The Hague.

The Palestinian Authority (PA) officially joined the ICC on April 1, 2015, and immediately filed a series of legal complaints with the court. In addition to claiming that Israel committed war crimes during the 2014 Gaza war, it also claimed that Israeli 'settlements' are 'an ongoing war crime.'

The official PA news agency Wafa reported that during a PLO Executive Committee meeting on Sunday, the organization condemned Israel for 'ethnic cleansing and racial segregation,' which they highlighted were 'considered war crimes that should be investigated by the ICC.'...

As a result of said violations of international law, the PLO 'decided to refer the file of settlements as a war crime and the file of ethnic cleansing, discrimination and apartheid to the ICC with an urgent appeal to open a judicial investigation into the war crimes committed by the State of Israel in the Palestinian territories occupied during the 1967 aggression,' Wafa quoted the statement as saying..."
Date
September 27, 2017
Title
PLO asks ICC to investigate ‘Israeli settlements’, Arutz Sheva
Author(s)
Elad Benari
Original Source
http://www.israelnationalnews.com/News/News.aspx/235999
Attachment
Click here to view this article in MS Word/PDF format