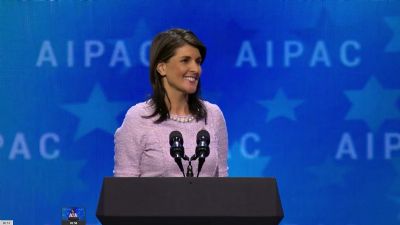 Ambassador Nikki Haley, March 5, 2018
"The United Nations discourages peace between Israelis and Palestinians by perpetuating an 'illusion' that the existence of the Jewish state has caused the region's conflicts, Nikki Haley, the US envoy to the UN, said on Monday.

Speaking before the American Public Affairs Committee's annual conference in Washington, Haley told the crowd that Israel 'is not going away.' Realization of that at the UN is the key to ending Israel's isolation there...