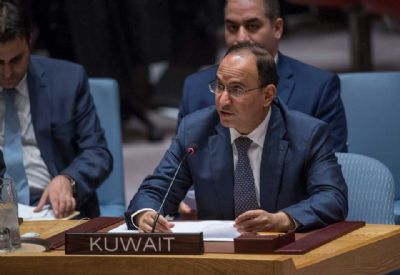 Kuwait is the Arab representative on the 15-member council and two diplomats said it opposed the press statement on grounds that it was not comprehensive. The diplomats spoke on condition of anonymity because consultations were private.
...
The proposed statement, obtained by The Associated Press, would have expressed the Security Council's 'firm and unequivocal rejection of anti-Semitism and Holocaust denial' and called on Abbas 'to refrain from anti-Semitic comments.'

The draft would also have recalled 'that anti-Semitism has historically contributed to threats to international peace and security, mass atrocities, and widespread violations of human rights.'