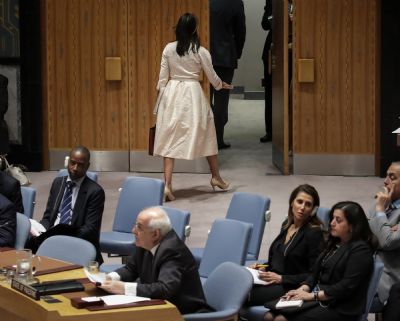 Haley stood up and walked out of the UN Security Council meeting room when Palestinian Ambassador Riyad H. Mansour began his remarks...

She blamed the terror group, Hamas, for the violence, saying they have 'incited attacks against Israeli security forces and infrastructure.'