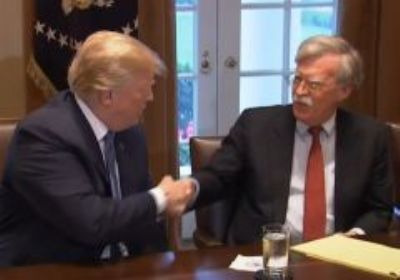 'We will now no longer fund our share of the cost of the Human Rights Council or the U.N. High Commissioner for human rights,' Bolton said on Mark Levin's nationally syndicated radio talk show.

'And the reason for that is that the Human Rights Council, the High Commissioner, we think are just fundamentally misdirected, misguided. They don't advocate human rights, they're actually used by human rights abusers against the United States, against Israel. And it's time to get off.'

Around 40 percent of the funding for the HRC and High Commissioner's Office comes from the U.N. regular budget, while 'voluntary contributions' from U.N. member-states make up the balance.