Why withdrawing from the U.N. "Human Rights" Council Was the Right Thing to Do 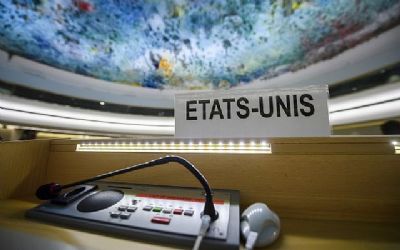 We're running away, they claim. Turning our back on human rights abuses. Showing that we don't care.

On the contrary. Nobody has tried harder to make the Council work than the United States.

We have talked, debated, argued and negotiated. We have pressed for years to get the Council to actually stand up for its stated ideals - to spotlight abuses and bring relief to persecuted people around the globe.

Yet time and time again, we've been disappointed. We've seen the Council not only remain silent in the face of abuses, but allow membership to some of world's worst abusers - all while showing an unseemly obsession with vilifying Israel. When such a state of affairs prevails year after year, should you keep thinking things will magically improve if you stay the course? Can you be blamed for trying a different tack?..."
Date
July 23, 2018
Title
‘Moral clarity becomes a casualty of the need to placate tyrants’, The Washington Times
Author(s)
Ed Feulner
Original Source
https://www.washingtontimes.com/news/2018/jul/23/why-withdrawing-from-the-un-human-rights-council-w/
Attachment
Click here to view this article in MS Word/PDF format