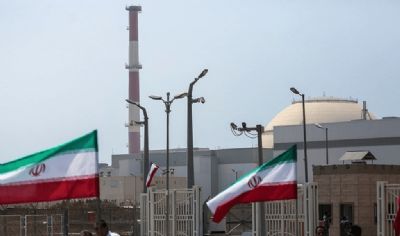 The acknowledgement by the spokesman of the Atomic Energy Organization of Iran comes a day after Iran pledged to break the deal's limit of 3.67%.

The decision to ramp up uranium enrichment came less than a week after Iran acknowledged breaking the 300-kilogram (661-pound) limit on its low-enriched uranium stockpile.

Experts warn higher enrichment and a growing stockpile could begin to narrow the one-year window Iran would need to have enough material for an atomic bomb...

Kamalvandi separately hinted in a state television interview aired Monday that the country might consider going to 20% enrichment or higher as a third step, if the material is needed.