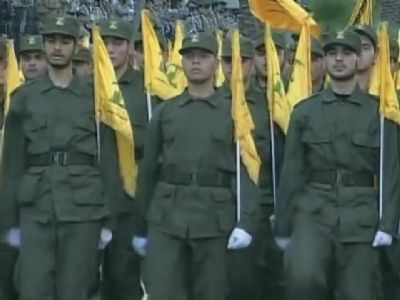 Hezbollah members (File photo courtesy of Wikimedia Commons)
"Germany has banned all activity by the Islamist Hezbollah movement and police have carried out raids on mosques and centres linked to the group.

Until now the political wing of the Shia Lebanese group, backed by Iran, was able to operate on German soil while its military arm was banned.

Several European countries have already banned Hezbollah, which has some 1,000 activists in Germany.

Israel praised the German move and called on the EU to follow suit.
...
The EU has Hezbollah's military wing on its list of terror organisations but not its political wing. Earlier this year the US ambassador to Berlin, Richard Grenell, accused the EU of maintaining an 'artificial distinction' between the two parts..."
Date
April 30, 2020
Title
Hezbollah: Germany bans and raids Islamist group, BBC News
Original Source
https://www.bbc.com/news/world-europe-52484247
Attachment
Click here to view this article in MS Word/PDF format