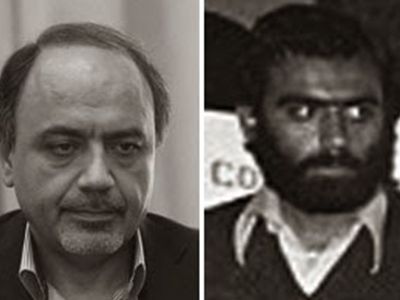 The two faces of Hamid Aboutalebi
On April 22, 2014 the UN Committee on Relations with the Host Country held a closed-door meeting to discuss the United States' refusal to grant a visa to Hamid Aboutalebi, Iran's candidate for its next UN ambassador.

The meeting was convened at the request of Iran after the United States announced on April 11, 2014 that it would not issue Aboutalebi a visa in order to take up the post, "over concerns about his involvement" in the 1979 Tehran hostage crisis.

At the meeting, Iranian ambassador Gholamhossein Dehghani praised Aboutalebi as "a seasoned and well-known carrier diplomat, who already served in three Ambassadorial postings." He also urged the Committee to deal with the U.S. visa denial "in an extraordinary way."

ABC News reports that North Korea, Cuba and Belarus spoke "in support" of Iran while no country spoke in support of the U.S. position. Fox News reports that Cuba used the opportunity "to criticize the United States for its handling of the situation".

After the meeting the Chair of the Committee, Ambassador of Cyprus Nicholas Emiliou, told reporters that "the issue remains on the committee's agenda" and that they "will revert to it if necessary." No information was provided as to what the Committee, or the General Assembly to which it reports, plans to do next.
Date
April 23, 2014
Title
UN Committee Takes No Action on Iran Envoy Dispute, ABC News
Original Source
http://abcnews.go.com/US/wireStory/committee-takes-action-iran-envoy-dispute-23429912
Attachment
Click here to view this article in MS Word/PDF format