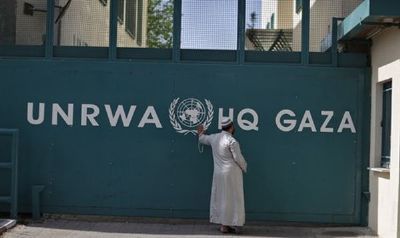 The text of the letter is as follows:

We write to express our profound concern with the troubling role the United Nations Refugee and Works Agency (UNRWA) has played during the ongoing crisis in Gaza, including multiple instances of weapons found at UNRWA schools as well one-sided statements from UNRWA leadership that unjustly condemn Israel. For instance, on July 14, UNRWA Commissioner General Pierre Krahenbuhl stated that Israeli security forces are acting "contrary to international humanitarian law" and also called Israel's Gaza blockade "illegal."

As you know, UNRWA admitted on July 17th, July 22nd, and July 30th that it found rockets belonging to Hamas on its property. We commend UNRWA's quick condemnation of these incidents, but are concerned with the ultimate fate of these rockets, which UNRWA claimed to have turned over to the "local authorities" or have gone missing. We fear that this means these rockets may have found their way back into Hamas' hands.

We urge the State Department to launch an independent investigation into these incidents and to call on the United Nations leadership to hold UNRWA accountable, including by reprimanding or dismissing the UNRWA staff responsible as appropriate, as well as asking the U.N. to ensure that these incidents never take place again.

In the course of your investigation, we ask you to examine the fate of these rockets, what measures the U.N. took to secure UNRWA property, and how the U.S. intends to work with the U.N. to make sure incidents like these are never repeated.

As you know, the United States is the largest donor to UNRWA and has contributed almost $5 billion to the organization since 1950. The United States taxpayers deserve to know if UNRWA is fulfilling its mission or taking sides in this tragic conflict.