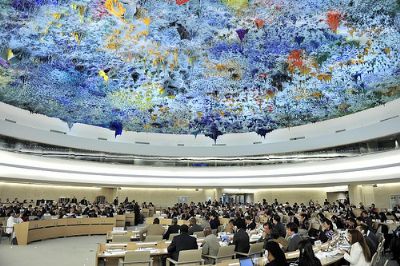 UN Human Rights Council, Geneva, Switzerland
Israeli Prime Minister Benjamin Netanyahu's speech on September 29, 2014, to the General Assembly was a plea for sanity. The inmates in the insane asylum may not have been listening, but the shofar needed to be blown. The statement was a clarion call to democracies to pull back from enabling a nuclear-armed Iran, from allowing antisemitism to flourish in their midst, and to understand the price that must be paid if freedom and human decency is to prevail in our world and in our time.