America, We Pay Way Too Much for the United Nations 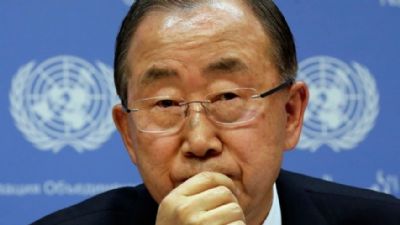 UN Secretary General Ban Ki-moon (AP Photo/Richard Drew)
"Each year the United States gives approximately $8 billion in mandatory payments and voluntary contributions to the United Nations and its affiliated organizations. The biggest portion of this money â about $3 billion this year â goes to the U.N.'s regular and peacekeeping budgets.

If that seems like a lot, it is-far more than anyone else pays. And it's also, in some cases, bad value for money...

The U.N. badly needs reform, but the U.S., despite the mammoth checks it writes, can't reform the U.N. alone. In the one-nation, one-vote world of the U.N., it needs support from other nations. Unfortunately, many of them remain blasÃ© about U.N. budget increases, corruption, and inefficiencies because the financial impact on them is miniscule.

To change the institution, the first thing that needs to change is the thumb-on-the-scales system that makes the U.S. the biggest bill-payer, but just one of 193 voting members when it comes to demanding honesty, efficiency and effectiveness in return for its over-generous payments..."
Date
June 16, 2015
Title
America, We Pay Way Too Much for the United Nations, Fox News
Author(s)
Brett D. Schaefer
Original Source
http://www.foxnews.com/opinion/2015/06/16/america-pay-way-too-much-for-united-nations.html
Attachment
Click here to view this article in MS Word/PDF format