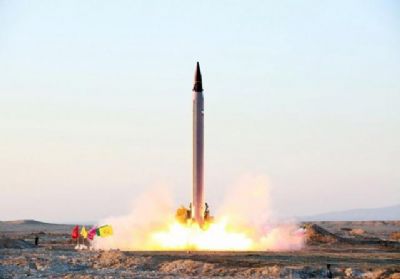 The Islamic Republic has one of the largest missile programs in the Middle East, but its potential effectiveness has been limited by poor accuracy.

State television showed what appeared to be a successful launch of the new missile, named Emad, which will be Iran's first precision-guided weapon with the range to strike its regional arch-enemy Israel.

'The Emad missile is able to strike targets with a high level of precision and completely destroy them ... This greatly increases Iran's strategic deterrence capability,' Defence Minister Hossein Dehghan said at a televised news conference.

The U.N. Security Council prohibits foreign powers from assisting Iran in developing its ballistic missile program in any way, a ban that will remain in place under the terms of the July 14 nuclear deal that will see other sanctions lifted.

The United Nations also prohibits Iran from undertaking any activity related to ballistic missiles that could deliver a nuclear warhead, which applies to the Emad, but Iranian officials have pledged to ignore the ban.