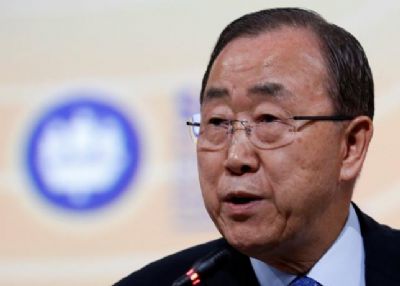 'The United States disagrees strongly with elements of this report, including that its content goes beyond the appropriate scope...' U.S. Ambassador to the United Nations, Samantha Power, told the council.

Power said 'while some have argued that to be balanced, the report should give Iran a chance to express complaints about sanctions relief under the deal,' the Security Council did not mandate Ban to report on such issues..."
Date
July 18, 2016
Title
U.S., Russia Criticize U.N. Chief Over Iran Nuclear Deal Report, Reuters
Author(s)
Michelle Nichols
Original Source
http://www.reuters.com/article/us-iran-nuclear-un-idUSKCN0ZY2MC?utm_source=Sailthru&utm_medium=email&utm_campaign=New%20Campaign&utm_term=%2AMideast%20Brief
Attachment
Click here to view this article in MS Word/PDF format