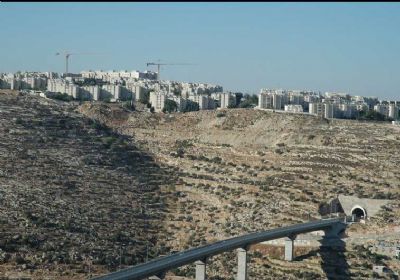 The Jerusalem neighborhood of Gilo
"The Palestinian Authority has called on the United Nations Security Council to act against Israeli settlement building, in the wake of the Jerusalem Municipality's decision to advance 770 new Jewish homes in its Gilo neighborhood, which is located over the Green Line.

'This is yet another opportunity for the international community to show its real commitment for the two-state solution and to take all needed action in order to have Israel fully cease settlement construction in the occupied state of Palestine,' PLO Secretary-General Saeb Erekat said.

Israel holds that Jerusalem would remain its united capital in any final status agreement with the Palestinians for a two-state solution. As such, it has said, that it has a right to build homes for its residents in all areas of the city..."
Date
July 25, 2016
Title
Palestinians Call for UNSC Action Over New Israeli Building Plans in East Jerusalem, The Jerusalem Post
Author(s)
Tovah Lazaroff
Original Source
http://www.jpost.com/Arab-Israeli-Conflict/Palestinians-call-for-UNSC-action-over-Israeli-plans-for-770-east-Jerusalem-homes-462298
Attachment
Click here to view this article in MS Word/PDF format