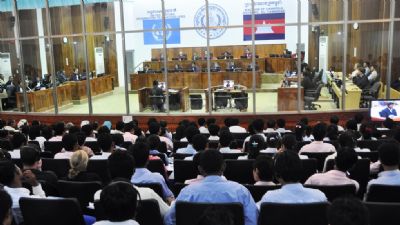 The Russian Foreign Ministry said the ICC had 'failed to meet the expectations to become a truly independent, authoritative international tribunal,' in a statement released Wednesday.

It described the ICC as 'ineffective,' adding that 'during the 14 years of the court's work it passed only four sentences having spent over a billion dollars.'

Russia also criticized the court's handling of the country's five-day conflict with neighboring Georgia in 2008, saying 'we can hardly trust the ICC in such a situation.'...

The announcement comes days after the ICC published a damning verdict on Russia's actions in neighboring Crimea.

The ICC said in a report released Monday that 'the situation within the territory of Crimea and Sevastopol factually amounts to an ongoing state of occupation.'...