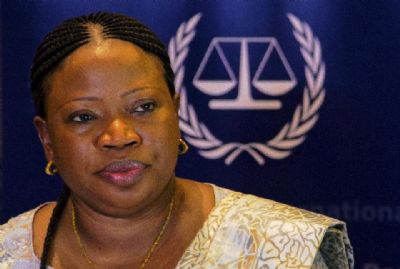 On Monday, the ICC Prosecutor's Office released its annual report, including its second preliminary report on the Israeli-Palestinian conflict regarding alleged war crimes committed by Israelis and Palestinians since June 2014, focused again on Operation Protective Edge in July-August 2014.

Though the document had many similarities with the 2015 report, it notably went out of its way to confirm that ICC Prosecutor Fatou Bensouda views Gaza as legally still 'occupied' by Israel for the purposes of her review of the 2014 Gaza war.

That determination could have a massive impact on whether Bensouda takes Israel's or the Palestinians' side on borderline laws of war issues as it frames the Palestinians more as the victims. It also makes it more likely that she will view even war-related issues more from the perspective of human rights law than from that of the law of armed conflict...

Another issue where Bensouda took the Palestinians' side is regarding Jerusalem's status.

She mentioned Israel's annexation of Jerusalem, as she had in her 2015 report, but for the first time added, 'The UN Security Council and International Court of Justice, among others, have regarded the annexation of east Jerusalem as a violation of the jus cogens norm prohibiting the acquisition of territory by military force.'

While it is unclear what impact her statement about Jerusalem's status will have on the war crimes examinations, it may show her leaning toward viewing Israel's settlement enterprise as illegal ... and perhaps even as war crimes..."
Date
November 16, 2016
Title
New ICC Report Takes Palestinians’ Side Despite Israeli Optimism, The Jerusalem Post
Author(s)
Yonah Jeremy Bob
Original Source
http://m.jpost.com/Arab-Israeli-Conflict/New-ICC-report-takes-Palestinians-side-despite-Israeli-optimism-472856#article=6018MDZFRDVFQzc5M0Y5QkQyNjc2RTY5MzQ2M0Y5Nzg1MDM=
Attachment
Click here to view this article in MS Word/PDF format