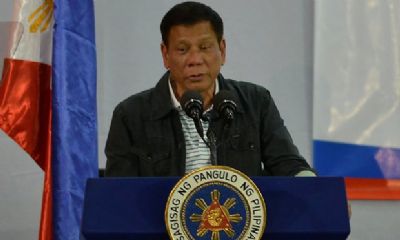 In a statement before flying to Peru to attend the annual summit of Asia-Pacific leaders, Duterte also said the United Nations has been inutile in stopping wars. He said if China and Russia decide to create a new world order, he would be the first to join them and leave the U.N., which he said is dominated by the U.S.

'You know, if China and Russia would decide to create a new order, I would be the first to join,' he said, adding that he would quit the U.N..."
Date
November 17, 2016
Title
Philippines President Considers Pulling Out of International Criminal Court, Fox News
Author(s)
Associated Press
Original Source
http://www.foxnews.com/world/2016/11/17/philippines-duterte-mulls-leaving-international-court.html
Attachment
Click here to view this article in MS Word/PDF format