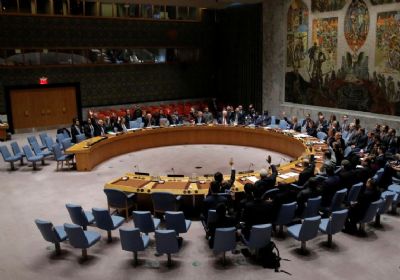 Article 80 preserves the legal rights vested in the Jewish people to reconstitute the Jewish National Home within 22% of the territory comprised in the 1922 Mandate for Palestine ("Mandate"). That territory includes what is known today as Area 'C' located in Judea and Samaria (West Bank) and East Jerusalem ('disputed areas').

Resolution 2334 seeks to erase and annul â not preserve â those vested Jewish legal rights in the disputed areas by:

â¢ Claiming that Jews now presently living â or seeking in the future to live - in the disputed areas constitutes 'a flagrant violation under international law' - when in fact their right to live there is sanctioned by Article 6 of the Mandate and Article 80.

â¢ Alleging that the right to reconstitute the Jewish National Home in the disputed areas requires the consent of any other party.

The questionable legality of Resolution 2334 needs to be urgently resolved by the Security Council itself seeking an advisory opinion from the International Court of Justice ('ICJ') under article 96(a) of the United Nations Charter..."
Date
January 7, 2017
Title
How the UN Violated its Own Charter, Arutz Sheva
Author(s)
David Singer
Original Source
http://www.israelnationalnews.com/Articles/Article.aspx/20018
Attachment
Click here to view this article in MS Word/PDF format