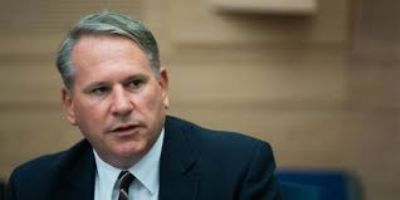 Retired British Army Colonel Richard Kemp (File photo)
"Retired British Army Colonel Richard Kemp on Sunday warned that 'there is another anti-Israel resolution in the pipeline being planned' at the United Nations Security Council as he addressed some 200 people gathered before the Houses of Parliament in London to protest of the government's vote in favor of the recent resolution condemning Israeli as illegal...

UN Security Council Resolution 2334, which states that Israeli settlements have 'no legal validity' and are 'dangerously imperiling the viability of the two-state solution, was passed by a 14-0 vote after a rare and momentous abstention by the United States.

Kemp told the audience that the resolution was part of 'nothing less than an international conspiracy against Israel,' in which he said he was 'ashamed to say the United Kingdom is playing a leading role.'

He also predicted that the upcoming conference on Mideast peace scheduled to take place in Paris on January 15 would lead to the creation of a Palestinian state based on the borders before the 1967 Six Day War.

The long-serving military commander further stated that the UNSC Resolution 2334 was itself illegal, arguing that it contravened Article 80 of the UN Charter -- and that he would be happy to personally debate anyone about the legality of the settlements..."
Date
January 8, 2017
Title
Ex-Commander of UK Forces Warns of ‘Another Anti-Israel Resolution’ at UN, I24 News
Original Source
http://www.i24news.tv/en/news/israel/diplomacy-defense/134619-170108-zionist-group-rallies-in-london-against-uk-support-for-un-resolution
Attachment
Click here to view this article in MS Word/PDF format