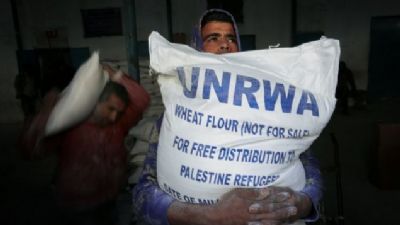 "A senior Palestinian employee of a Gaza-based United Nations humanitarian agency was reportedly elected to Hamas's political bureau, the top governing body of the terrorist organization the rules the Strip.

One the 15 members elected to the bureau in February's internal elections was Muhammad al-Jamassi, a senior engineer employed by UNRWA, the UN agency in charge of Palestinian refugees, according to the Meir Amit Intelligence and Terrorism Information Center.

Jamassi has held various positions within Hamas since 2007, including in the group's public relations department and its affiliated charities, the center said.

He currently serves as board chairman for the UNRWA engineering department in central Gaza, and oversees all off the agency's infrastructure projects in the area.