The United Nations' Campaign Against Business in Israel Makes No Sense 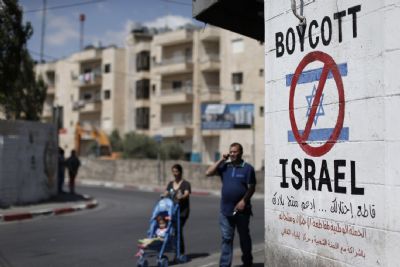 "There is increasing political tumult over the treatment of Israel at the United Nations. Last week, all 100 U.S. senators - Republicans and Democrats alike - admonished the organization for anti-Israel bias, and Sen. Marco Rubio (R-Fla.) recently sponsored a bill to withhold U.N. funding because of 'anti-Israel, or anti-Semitic rhetoric or propaganda.'

Add to that an important related bill now percolating through Congress that takes aim at a widely unknown initiative at the U.N. Human Rights Council: an effort to create a database designed to shame companies simply for doing business in the West Bank.

The blacklist effort targeted by the bill - known as the Israel Anti-Boycott Act - is procedurally flawed and substantively misguided and violates core principles of international trade.

Procedurally, companies would be added to the U.N. database without any form of due process. Listing criteria do not exist. Businesses would not be able to contest their inclusion before it was made public, and once designated, they would not have access to review or delisting mechanisms.

Substantively, the list abuses well-established principles that encourage multinationals to instill ethical norms into their worldwide business conduct. This is because companies would be branded wrongdoers simply based on their presence in a politically contentious region, without consideration of their conduct with regard to human rights, the environment and social governance.

As for the issue of legality, several of the U.N. members that voted to create and fund the list are members of the World Trade Organization. Individually, these states have violated their duties under international trade law by taking this step. Collectively, they have caused an unfortunate clash of U.N. and WTO trade principles.

Governments should work with their U.N. ambassadors and with Secretary-General AntÃ³nio Guterres to ensure that this list is never published. Meanwhile, multinationals must mobilize in opposition, leveraging their considerable economic ties to prevent the United Nations from erecting harmful hurdles to international business..."
Date
May 2, 2017
Title
The United Nations’ Campaign Against Business in Israel Makes No Sense, The Washington Post
Author(s)
Doron Hindin
Original Source
https://www.washingtonpost.com/opinions/the-united-nations-campaign-against-business-in-israel-makes-no-sense/2017/05/02/1760b634-2094-11e7-be2a-3a1fb24d4671_story.html?utm_term=.58165a1ccd2e
Attachment
Click here to view this article in MS Word/PDF format