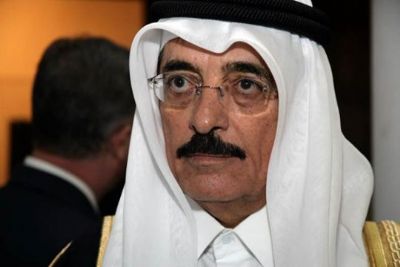 Qatarâs former minister of culture, Hamad Bin Abdulaziz Al-Kawari
"Irina Bokova made history when she acceded to the role of Director General of UNESCO. She was the first woman and first person from a former communist state to lead the organization which has an annual budget of over half a billion dollars.

Now the race is on to find a successor to Bokova and Qatar's former minister of culture, Hamad Bin Abdulaziz Al-Kawari, is seen by many to be the frontrunner.

Qatar's long history of intolerance towards Christians, Jews, and other religious minorities should dissuade the United Nations from choosing Al-Kawari as the head of UNESCO.

A host of Jewish groups have pointed out that Qatari publishers routinely publish anti-Semitic tracts which are featured at Qatar's Doha Book Festival and other events in the region. Al-Kawari himself wrote a forward to a book of Arabic poetry which includes anti-Semitic conspiracy theories according to the Simon Wiesenthal Center. Some of these anti-Semitic books were part of Qatari funded display at a German book festival.

At UNESCO, Qatar is opposed to any Jewish character for Jerusalem.

Qatar's treatment of Christians and Christanity within the emirate is also worth noting...

Against considerable public backlash Qatar finally opened its first church in this century in 2008. Despite the rather generic appearance of the building it was widely protested by Qataris. I guess that's progress - neighboring Saudi Arabia still does not allow public places of worship for non-Muslims.

Yet, Qatar - which has a population of just over 2 million â has instead tried to buy its way into becoming a cultural super-power with mixed results...

It is bad enough that autocracies with a history of extensive human rights violations vote in the United Nations and serve on U.N. commissions. They should not be allowed to buy seats and influential positions in international humanitarian organizations."
Date
May 11, 2017
Title
Qatar’s Anti-Christian And Anti-Semitic Policies Should Bar It From UNESCO Seat, Daily Caller
Author(s)
Bruce Majors
Original Source
http://dailycaller.com/2017/05/11/qatars-anti-christian-and-anti-semitic-policies-should-bar-it-from-unesco-seat/
Attachment
Click here to view this article in MS Word/PDF format