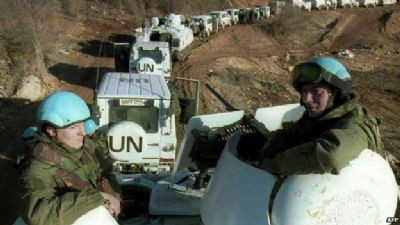 Dutch peacekeepers (File photo)
"A Dutch appeals court on Tuesday confirmed that the Netherlands was partly liable for the deaths in 1995 of some 300 Muslim males who were expelled from a Dutch U.N. base after the surrounding area was overrun by Bosnian Serb troops.

The ruling by the Hague Appeals Court upheld a 2014 decision that Dutch peacekeepers should have known that the men seeking refuge at the base near Srebrenica would be murdered by Bosnian Serb troops if they were forced to leave -- as they were.

The Dutch government resigned in 2002 after acknowledging its failure to protect the refugees, but it said then that the peacekeepers had been on 'mission impossible'.

The defense ministry told Reuters on Tuesday that the state was studying the appeals court's findings carefully.

'Our position has been, and will remain, that the Bosnian Serbs are responsible for this tragedy,' spokesman Klaas Meijer said.