When nothing is sacred, UNESCO ruling comes as no surprise 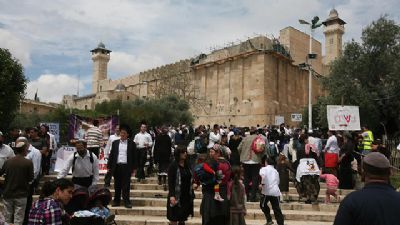 The battle over the people of Israel's historical and modern right to the places that are the cradle of the Jewish people's existence is being waged between two very different sides. One side, the Arab-Palestinian side, knows how to sanctify the things it finds important. The other side, the Jewish-Israeli side, acts in a way that conveys that nothing is sacred. The moment that the State of Israel, as the Jewish people's representative, is willing to put on the negotiating table issues like the sovereignty and status of the Temple Mount and the Cave of the Patriarchs, the message to the Palestinians and to the entire world is very clear: Nothing is actually sacred to us.

When on one side, the entire educational system is focused on strengthening the sacred status of the right to the land, while on the other side, talking about our right to the Temple Mount or to the Cave of the Patriarchs is considered 'religionization,' we are losing the battle before it even began. In such a reality, the UNESCO ruling comes as no surprise. The real surprise is that such a ruling was only made now."
Date
July 9, 2017
Title
When nothing is sacred, UNESCO ruling comes as no surprise, YNet News
Author(s)
Shlomo Puterkovsky
Original Source
http://www.ynetnews.com/articles/0,7340,L-4986759,00.html
Attachment
Click here to view this article in MS Word/PDF format