UNESCO Has Blood on Its Hands 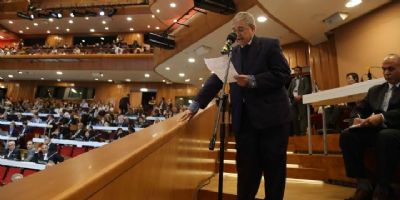 Shimon Samuels of the Simon Wiesenthal Center at the UNESCO World Heritage Committee, July 7, 2017
"Unfortunately, to paraphrase the German strategist von Clausewitz's aphorism that 'diplomacy is war by other means,' since the Palestinian entry into UNESCO in November 2011, the WHC [UNESCO World Heritage Committee] has become 'heritage as war by other means!' - a veritable battlefield.

From 2012 the Church of the Nativity, 2014 Battir (Beitar - the site of the Bar Kochba Jewish revolt against the Roman occupation in the year 132) to the Western Wall and the Temple Mount of Solomon, identity theft is a voracious campaign to validate a Palestinian identity.

At this meeting in Poland, on soil soaked with Jewish blood, to witness the ravages on Jewish affinity to Jerusalem and the Cave of the Patriarchs in Hebron, could only be matched by the temerity of an amalgam drawn, on the one hand by a moment of silence for the million Jews - including children - gassed and shot not 70 kilometers from here in Auschwitz-Birkenau. And on the other hand, a second moment of silence in support of 'the Palestinians,' many of whom rejoice at the terrorist murder of Jews today - among them children.

To stand in silence in succession for both is a form of Holocaust revisionism, casting Israelis as Nazis, in violation of the IHRA (International Holocaust Remembrance Alliance) and the European Parliament's Working Definition of Antisemitism, and its signatory countries - all represented here.

Mr. Chairman, no other people or religion has been so maligned in the WHC... [T]he Judeo-Christian heritage is continually under attack in this chamber..."
Date
July 7, 2017
Title
UNESCO Has Blood on Its Hands, The Algemeiner
Author(s)
Shimon Samuels
Original Source
https://www.algemeiner.com/2017/07/07/unesco-has-blood-on-its-hands/
Attachment
Click here to view this article in MS Word/PDF format