How U.S. Taxpayers Are Subsidizing a Child Rape Epidemic at the U.N. 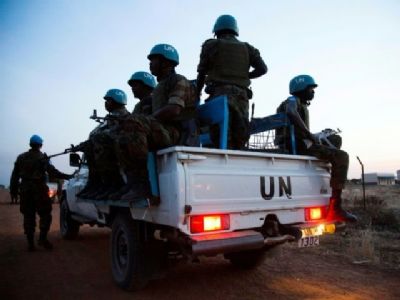 On February 28, UN Secretary General Antonio Guterres confirmed that UN peacekeepers and civilian staff faced 145 allegations of sexual exploitation and abuse impacting on 311 victims in 2016 alone. There are nearly 40 cases so far in 2017. Many of the victims, by the UN's own admission, are children...

Of the accusations the UN lists on its own website, and of those that involve rape of a child, which the UN has investigated and shown to be 'substantiated,' do you know how many have been reported back to authorities for prosecution?

None. Not a single one.

The UN uses legal and sovereign immunity claims to prevent prosecution. The UN chooses not to waive immunity and therefore uses this legal fiction to protect child rapists rather than the children...

Approximately 28 percent of UN peacekeeping operations, and a quarter of all UN operations, are funded by the United States' taxpayer. The U.S. taxpayer is effectively funding child rape.

By withholding funds, the United States could stop the rape, yet no previous U.S. government has had the courage to say 'Stop, no more.' It is time the U.S. government put an end to this.

It is time the U.S. government said to the UN: 'fix the problem.' If the UN does not fix it, then the US should stop funding it. U.S. taxpayers should not fund child rape. It is that simple."
Date
July 10, 2017
Title
How U.S. Taxpayers Are Subsidizing a Child Rape Epidemic at the U.N., Breitbart
Author(s)
Andrew MacLeod
Original Source
http://www.breitbart.com/national-security/2017/07/10/macleod-u-s-taxpayers-subsidizing-child-rape-epidemic-un/
Attachment
Click here to view this article in MS Word/PDF format