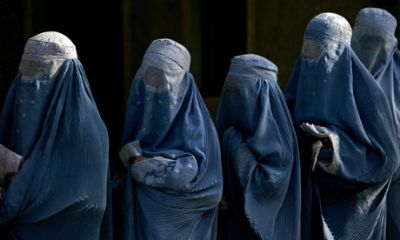 The UN Human Rights Council has held one more review "universal periodic review (UPR)" session on Afghanistan. The UPR is touted as the Council's single most important innovation for protecting human rights. Given the abysmal human rights situation in Afghanistan, it provides a good test case by which to judge the system's effectiveness.

On January 31, 2014 a report was produced and "adopted" by Human Rights Council members. The report includes recommendations made by states for improving Afghanistan's human rights record, as well as Afghanistan's "responses" to these suggestions. Afghanistan rejected recommendations such as: abolish the practice of prosecuting women for "moral crimes," put an end to the practice of criminal prosecutions for moral crimes against women who have fled their homes, and repeal the provisions of the penal code which criminalize sexual relations between consenting adults of the same sex. Furthermore, Afghanistan said it needed more time to "examine" recommendations such as "adopt measures to combat cases of torture and ill-treatment in the detention centers" and "repeal article 398 of the Afghan Penal Code with a view to ensuring full accountability for the perpetrators of so-called honor killings."

Despite Afghanistan's contemptuous response to such elementary reforms, the Human Rights Council perfunctorily agreed on a 'preliminary' adoption of the report. The Afghan Head of Delegation was only too happy to use the opportunity to claim undeserved human rights credentials. Mohammad Qasim Hashimzai said (via an interpreter):

"We have taken huge steps toward commitment we have made to international community on the implementation of human rights principles. Our constitution reflects that and also in action there is political determination...Thank you."

In turn, the Council President thanked the Afghan delegation for "participation in this review".