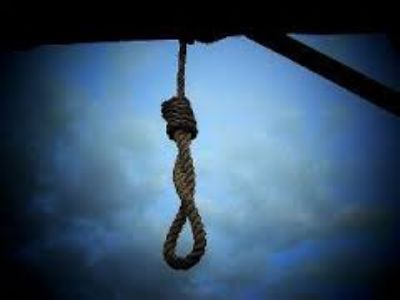 The UN's top rights body, the Human Rights Council, is planning to adopt a resolution at the end of March entitled "the Situation of Human Rights in the Islamic Republic of Iran".

But the draft resolution now circulating doesn't even mention any human rights abuses in Iran. The only thing the resolution will do is extend the mandate of the UN investigator on human rights in Iran for another year.

Here are some of the excuses, rationale, thought processes concocted by states in the behind-the-scenes informal negotiations, for treading lightly on one of the world's worst human rights abusers.

Sweden said: "We have a short procedural text focusing on the mandate itself....Here at the Council we focus on the special rapporteur's mandate...We hope that this mandate is seen as constructive and as a possibility for Iran to engage."

Diplomatic representatives of the European Union and the Netherlands talked about "some improvement in the human rights situation" in Iran.

Furthermore, on March 17, 2014 the Council held a "dialogue" with the Special Rapporteur on Iran, Ahmed Shaheed about his latest report on human rights in Iran. While highlighting specific abuses, Shaheed praised Iran for its engagement and "a number of positive overtures." He said: "I am pleased to report that over the past twelve months - both in Geneva and New York - I have been able to hold several general conversations with Iranian officials on a range of important human rights issues raised in my reports, including the one before you. Iran has also responded to 4 of the 25 joint communications forwarded this year about specific cases and perturbing trends, and I also received a detailed response to the report before the Council today...The report before you documents developments in the human rights situation of the Islamic Republic ... including a number of positive overtures apparently aimed at advancing President Rouhani's campaign pledges to strengthen human rights protections and at remedying some cases of human rights violations...I had the distinct pleasure of meeting on Friday His Excellency the Permanent Representative of Iran, along with a delegation of distinguished Iranian judicial, legal, and diplomatic experts and officials to discuss issues raised in the current report..."

During the Council "dialogue," Iran didn't find it necessary to reciprocate the Rapporteur's unfortunate grovelling. Instead, it responded this way to his report: "The report...is a compilation of unfounded allegations. It does not appropriately address Iran's enormous advancements â specially its distinctive democratic nature....The report has also chosen to pay no attention to Iran's significant achievements. It ignores the fact that women in Iran are highly educated and present in all walks of the society's life...We are firmly committed to the promotion and protection of human rights at the national and international level...For centuries the dynamic Iranian society has been admired as a successful example of peaceful ethnic and religious co-existence."