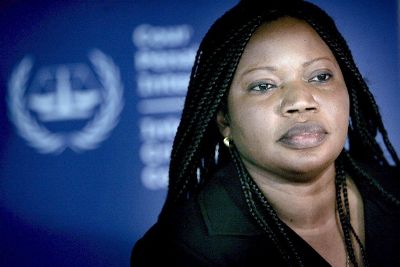 During a UN Security Council briefing Bensoiuda said: "nearly 10 years since the much lauded Council's referral of the situation in Darfur to the International Criminal Court, systematic and widespread crimes continued to be committed with total impunity in that region...It is indeed an understatement to say that we have failed the Darfur victims who continue to bear the brunt of these crimes."

As far back as March 4, 2009 and July 12, 2010, the ICC indicted Sudanese President Omar al-Bashir for crimes against humanity, genocide and war crimes. But years later he remains at large.

Commenting on that fact, Bensoiuda said "The Court had also taken note of President Omar al-Bashir's travels during the reporting period, including his visits to Rome Statute State parties, which were obligated to arrest and surrender those subject to arrest warrants... Concerted efforts to promote cooperation with the Council may help to fill the gap. She called on the Council and all States to find creative ways to support those among them that may be most vulnerable to planned visits by the Sudanese President or other individuals wanted under International Criminal Court arrest warrants." "The reality is that the International Criminal Court's judicial process could not take place without arrests. Darfur suspects remained at large and no meaningful steps had been taken to apprehend them and bring them to justice..."

And she demanded: "What amount of suffering should Darfur's victims endure for this Council to act decisively on the situation in Darfur?"

She also pointed directly at a UN cover-up aimed at helping the government of Sudan. "She stated that recent allegations that reporting from the African Union-United Nations Hybrid Operation in Darfur (UNAMID) had been manipulated, with the intention of covering up crimes against civilians and peacekeepers, including those committed by the Government of Sudan, should be a matter of concern. The allegations called for a thorough, independent and public inquiry ..."

Harshly criticizing the Security Council, she said: "It was a sad reality that action from the Council had not been forthcoming when it mattered most for those victims. That reflected badly, not only on the international criminal justice system, but also undermined the credibility of the Council as an instrument of international peace and security."