New U.N. resolution on "terrorism" worries about poor terrorists and use of drones 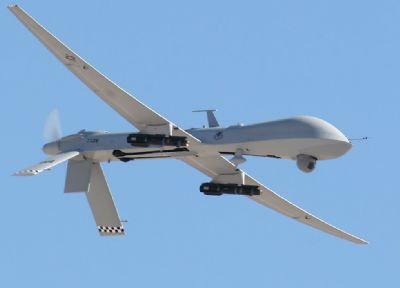 While terrorism grips the world, across Africa, the Middle East and Europe, the UN General Assembly was busy adopting a resolution on "The United Nations Global Counter-Terrorism Strategy Review."

In adopting the resolution, a top priority of UN members was concern for the poor perpetrators of terrorism, that is, terrorists. In UN parlance, this is called the "root causes" of terrorism or "conditions conducive to the spread of terrorism." The resolution, therefore, reaffirms:

"the commitment of Member States to undertaking the measures aimed at addressing the conditions conducive to the spread of terrorism, including but not limited to prolonged unresolved conflicts, dehumanization of victims of terrorism in all its forms and manifestations, lack of the rule of law and violations of human rights, ethnic, national and religious discrimination, political exclusion, socioeconomic marginalization and lack of good governance..."

In keeping with the same political interests, the General Assembly resolution on terrorism includes criticism of the use of drones to eliminate terrorists. Pakistan "welcomed new elements in the resolution, such as State compliance with the United Nations Charter in the use of remotely piloted aircraft." In the resolution's words:

"13. Urges Member States to ensure that any measures taken or means employed to counter terrorism, including the use of remotely piloted aircraft, comply with their obligations under international law, including the Charter of the United Nations, human rights law and international humanitarian law, in particular the principles of distinction and proportionality."

The resolution also includes a provision targeting the United States:

"12. Urges all States to respect and protect the right to privacy, as set out in article 12 of the Universal Declaration of Human Rights and article 17 of the International Covenant on Civil and Political Rights including in the context of digital communication, also while countering terrorism, in accordance with international law, in particular international human rights law, and to take measures to ensure that interferences with or restrictions on that right are not arbitrary, are adequately regulated by law, and are subject to effective oversight and to appropriate redress, including through judicial review or other legal means."