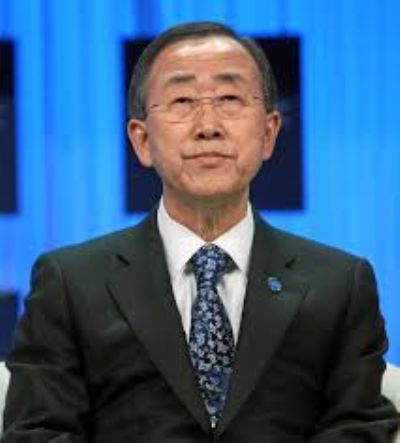 In a message delivered on December 14, 2015, at the opening session of a two-day conference convened by the UN's Committee on the Exercise of the Inalienable Rights of the Palestinian People and the Organization of Islamic Cooperation (OIC) in Jakarta "On the Question of Jerusalem," the Secretary General failed to condemn Palestinian leaders for their clear and specific incitement to violence. Instead, he claimed "leaders" in general should address the subject. The Secretary General had no problem castigating Israel for taking security measures to save the lives of its citizens, and pouring fuel on the fire by providing justification for Palestinian terror.

In the Secretary General's words:

"I also underlined the urgent need ... for Israeli security forces to ensure a calibrated use of force in response to incidents... [T]he violence cannot and will not be addressed by security measures alone. The anger we are witnessing is bred from nearly five decades of Israeli occupation. It is the result of fear, humiliation, frustration and mistrust. It has been fed by the wounds of decades of bloody conflict, which will take a long time to heal. Palestinian youth in particular are tired of broken promises and they see no light at the end of the tunnel."
Date
December 14, 2015
Title
Statement of Secretary General Ban Ki-moon to the Meeting of the UN Committee on the Exercise of the Inalienable Rights of the Palestinian People and the Organization of Islamic Cooperation (OIC) on the Question of Jerusalem, in Jakarta, UN Press Release
Original Source
http://www.un.org/press/en/2015/sgsm17413.doc.htm
Attachment
Click here to view this document in MS Word/PDF format