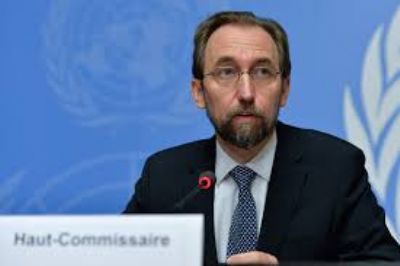 "This is the first time I will address the Council on the key issue of the rights of persons with disabilities...Today's very grim humanitarian landscape includes an almost unmanageable number of crises, with the UN struggling to meet the needs of simultaneous emergencies in Syria; Iraq; South Sudan; Yemen; Burundi and the Central African Republic; in the countries around Lake Chad which have suffered the attacks of Boko Haram; in the Democratic Republic of Congo; in Libya; in Mali; in the Occupied Palestinian Territory; in Somalia; in Sudan; and in Ukraine. Many of these are brutal internal conflicts that are characterised by shocking disregard for fundamental norms regarding the protection of civilians."
Date
March 4, 2016
Title
Statement of UN High Commissioner for Human Rights Zeid Ra’ad Al Hussein at session on the rights of persons with disabilities, UN Human Rights Council
Attachment
Click here to view this document in MS Word/PDF format