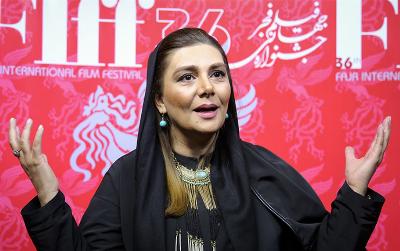 Iran has arrested two prominent actors who expressed solidarity with the countryâs protest movement and removed their headscarves in public, according to state media.

Hengameh Ghaziani and Katayoun Riahi were both detained after being summoned by prosecutors looking into their âprovocativeâ social media posts, Iranâs state-run IRNA news agency said.

Iranâs clerical leadership has been shaken by more than two months of demonstrations sparked by the death in custody of Mahsa Amini, a 22-year-old woman of Kurdish origin who had been arrested by the morality police in Tehran.

Authorities in the Islamic republic describe the protests as âriotsâ and accuse the countryâs western foes of fomenting them.

On Saturday, Ghaziani published a video on Instagram of her removing the hijab. âMaybe this will be my last post,â she wrote.

âFrom this moment on, whatever happens to me, know that as always, I am with the Iranian people until my last breath.â

The video shows Ghaziani facing the camera without speaking and then turning around and binding her hair into a ponytail.

In a post last week, she accused the âchild-killerâ Iranian government of âmurderingâ more than 50 children.

Iranian state media said she was arrested for inciting and supporting the âriotsâ and for communicating with opposition media.

Riahi was later arrested as part of the same investigation, IRNA said.

The actor, who has appeared in a string of award-winning movies and is also known for her charitable work, had in September given an interview to the London-based Iran International TV â an outlet despised by the regime â without wearing a hijab.

She had expressed solidarity with the protests that have swept Iran since the death of Mahsa Amini, as well as opposition to the obligatory hijab.

The Iran Human Rights group says the state crackdown has left at least 378 people dead, among them 47 children.

Authorities have issued death sentences to six people over the demonstrations, while Amnesty International says at least 21 people have been charged with crimes that could result in the death penalty.

The campaign of mass arrests has snared sportspeople, celebrities and journalists.

The coach of one of Iranâs best-known football teams, Yahya Golmohammadi, from Persepolis FC, was among the celebrities questioned over comments about the protests, Iranian media reported.

The head of Iranâs boxing federation, Hossein Soori, said he would not return home from a tournament in Spain.

âI could no longer serve my dear country, in a system that so easily sheds the blood of human beings,â he said in a video on Saturday.

At the football World Cup in Qatar, the national teamâs captain, Ehsan Hajsafi, said Iranâs players wanted to be the âvoiceâ of the people back home.

âThe situation in the country is not good and our people are not happy.â